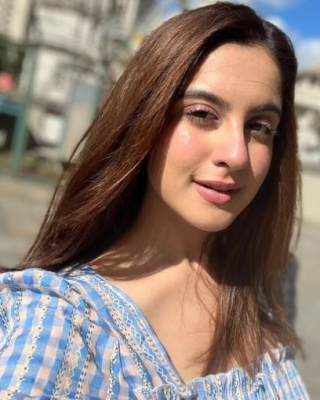 Mumbai: In a sensational claim, Vanita Sharma – the mother of the late actress Tunisha – said for the first time that there was ‘pressure’ on her daughter to convert to Islam, here on Friday.

Speaking to the media, she said that Tunisha was constantly harassed in different ways by her ex-boyfriend Sheezan Khan – currently in custody – and his family, she was forced to do many things against her wishes and pressures were allegedly built on her to embrace Islam.

Vanita Sharma’s contentions came a day after Union Minister of State for Social Justice Ramdas Athawale visited the bereaved family, and assured to seek a compensation of Rs 25 lakh for them from Chief Minister Eknath Shinde and Deputy CM Devendra Fadnavis.

Tunisha, 20, committed suicide on December 24 on the sets of a teleserial being shot at a location in Vasai, and a day later, her co-star Sheezan was arrested after her mother accused him of cheating, two-timing, betrayal, ‘using’ her for 3-4 months and other things in a video-statement.