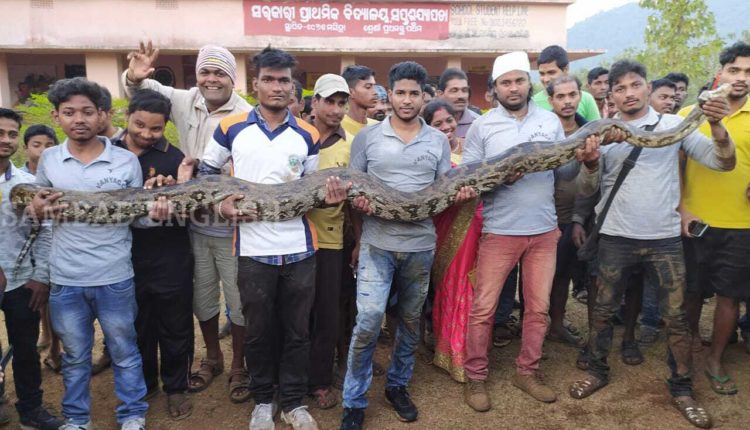 Dhenkanal: Six pythons were rescued from a large pipe laid to release extra quantity of water near Gojapada project embankment on the outskirts of Dhenkanal town today.

The snakes of different sizes were later released into Megha reserve forest.

Odisha: Man meets with accident as portion of bridge caves…

As per reports, during road construction work one side of the hume pipe laid near the Gojapada project was closed and and water not being released into it.

Two days back some villagers rescued a python from the pipe. Following the incident, they informed Forest department and snake rescue volunteers.

Today with the help of a JCB machine the villagers and snake rescue volunteers opened the home pipe and rescued the pythons.