ODISHA LATEST
By Sambad English Bureau On May 12, 2019 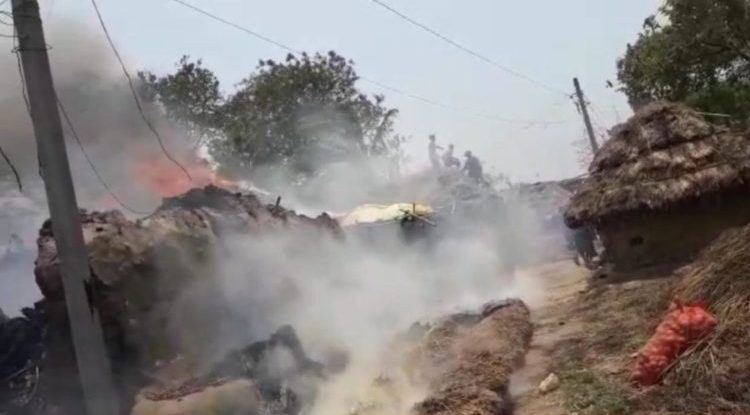 The fire broke out at around 12.00 pm at house of one Ramachandra Majhi following which it spread into other houses at the village.

Fire at Nayagarh Collectorate in Odisha

On receiving information from the locals, the fire tender was pressed into action to douse the flame.

However, all the houses, food grains and properties worth lakhs were gutted in fire when the fire services personnel reached the village.

The locals suspected short circuit behind the fire incident.