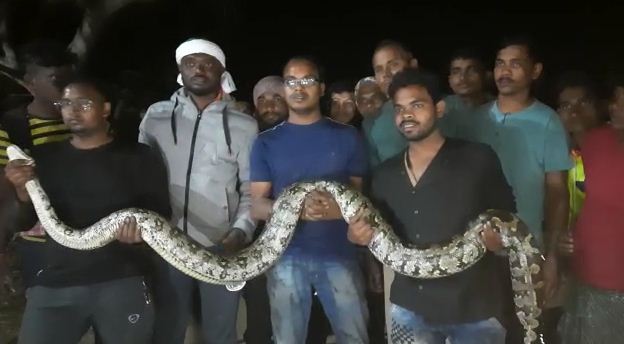 Berhampur: As many as two pythons were rescued from an excavator at Gumula village on the outskirts of Berhampur town in Odisha’s Ganjam district, last night.

According to reports, the two reptiles were spotted when digging by an excavator was underway at the village for canal construction. While one of the pythons got stuck under the excavator, another snake entered the engine compartment of the vehicle.