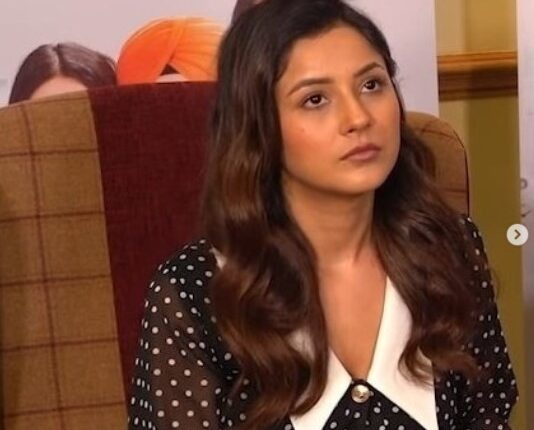 Bhubaneswar: Shehnaaz Gill, who had been away from limelight and social media post the untimely death her rumoured boyfriend Sidharth Shukla last month, has finally made her appearance for promotion of her upcoming movie Honsla Rakh. The movie is slated to release on October 15.

A  clip showing Shehnaaz and her co-star Diljit Dosanjh interacting to mediapersons during promotion of the movie has gone viral on social media. In the video clip, both the actors can be seen sharing their experience of working with each other. While Shehnaaz praised Diljit and the producers for ‘protecting’ and taking care of her during the shoot, singer-cum-actor Diljit mentioned how the former can console any crying baby in a quick.

Besides, Diljit Dosanjh has shared two reels on his Instagram profile from Honsla Rakh promotions. In one of the reels, Diljit and Shehnaaz along with co-star Soman Bajwa can be seen reenacting a scene from their film.

Fans of Shehnaaz and SidNaaz flooded the comment sections showing their love and support to her. A fan wrote, “We love sanaa thank you for this video … Stay strong shernii the nation loves you #shehnaazgill.”