Woman bedridden for 20 yrs booked under Gangsters Act in UP 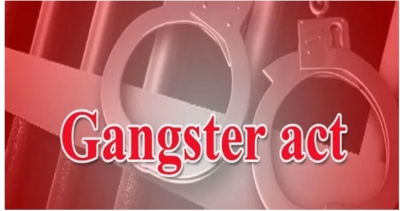 Meerut (Uttar Pradesh): The UP Police have booked a woman, bedridden since the past 20 years, under the Gangsters Act.

The woman Alisha Begum, 53, has been bedridden since the past 20 years due to multiple health disorders, including vision loss. She weighs around 130 kg and cannot walk on her own.

Police records claim that she is a gangster, and her entire family has been allegedly framed in a false case pertaining to a financial transaction that never happened.

According to reports, Alisha’s husband Mohd Haneef, 53, had business relations with a Congress worker and local businessman Naseem Qureshi.

In November 2021, Qureshi filed an FIR against Haneef for not returning Rs 3.5 crore that the former claims to have given to the latter for ‘constructing a meat plant in Madhya Pradesh’.

“In 2021, investigation revealed that there were many lapses in handling of the case. There was no need for stringent IPC sections, and it was merely a case of IPC 406 (breach of trust). Besides, notary agreement deed that complainant (Qureshi) had claimed to have entered into with the accused, also had flaws. The photos of the partners were picked from social media sources and were not as per the set standards,” said Jitender Srivastava, SP.

After this probe report, three IPC sections 467 (forgery of a valuable security), 468 (forgery with intention to cheat) and 471 (fraud) were removed from the FIR and a charge sheet was filed in the remaining IPC sections that included 406 (breach of trust), 506 (criminal intimidation) and 420 (cheating).

However, despite senior police officials and Allahabad High Court staying the proceedings, the Gangster Act was slapped on six members of the family, including Alisha, on December 13, 2022.