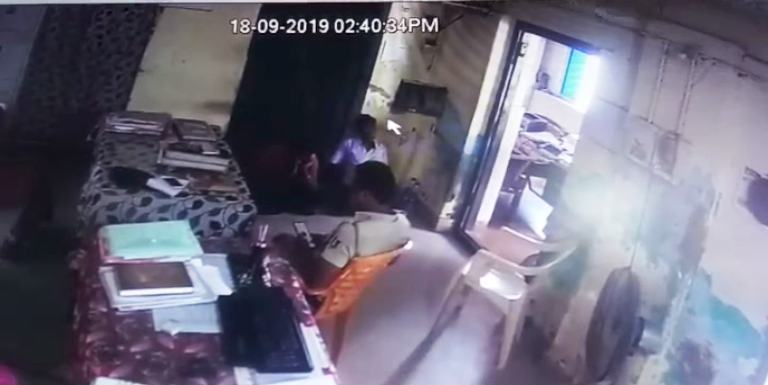 Kendrapara: A few days after a man allegedly died in the custody of Pattamundai police station in Kendrapara district, a CCTV footage of the moment, when the incident took place, reveals that the accused appeared to have suffered a cardiac arrest inside the police station.

The CCTV footage, in possession with Odisha Sun Times, shows the deceased identified as Sushant Behera of Haradapali village, who was detained for his alleged involvement in illegal liquor trade on September 18, seating on the floor inside the police station. However, he suddenly fell unconscious at around 3 PM. Soon after, the police officials present at the spot swung into action and rushed him to a hospital on a motorcycle.

The cops had earlier said that Sushant was immediately rushed to Pattamundai Community Health Centre (CHC) and later shifted to the SCB Medical College and Hospital in Cuttack.  A few minutes after arriving SCB, doctors had declared him dead, Pattamundai IIC Rakesh Kumar Tripathy had stated following Sushant’s death.