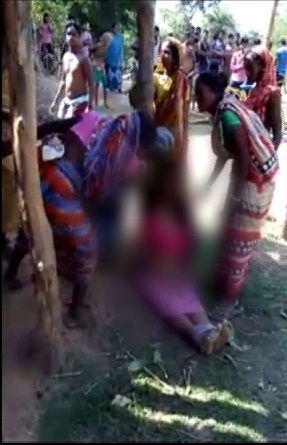 A tribal woman of Ambajoda village under Betanati police limits in Mayurbhanj district of Odisha was beaten up yesterday on allegations of having an illicit affair with a person.

According to reports, the victim is a widow. A person who was found with her is a lawyer by profession. He belongs to same village and was coming to her regularly to help her.

However, villagers were suspicious of their friendship and used to treat their relation as illicit.

Yesterday, some villagers asked the widow and her friend to attend the praja court held in the village.

They were convicted in the kangaroo court on charges of having an illicit affair.

Villagers beat the duo mercilessly tying hands and legs, following which tension erupted in the area.

Police arrived at the spot being informed about the incident and rescued the duo.

Police have arrested 12 persons in this connection so far, including five women.

‘Sachin: A Billion Dreams’ is not just about cricket: Tendulkar