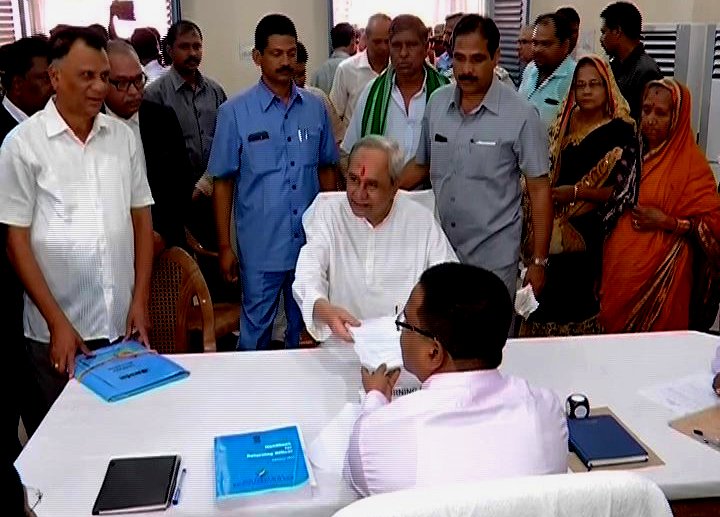 Accompanied with party workers and leaders, Patnaik moved to Taratarini temple in Ganjam district before filing the nomination.

After paying obeisance, Patnaik reached the office of Chhatrapur Sub-Collector and filed his nomination papers in the presence of BJD MLAs, MPs and poll candidates in the district to fight the elections from Hinjili Assembly constituency.

It is for the fifth time Patnaik filed his nomination from Hinjili for the assembly elections during his political career.

Following filing the nomination, he will launch a political campaign for the ensuing polls.

Hinjili will go to polls on April 18 in second phase of the elections for which a gazette notification was issued yesterday.

Worth mentioning, Patnaik will contest the polls from two assembly seats — Hinjili and Bijepur — in the 2019 elections.